A Case Against Calving Ease

Find this article at:
go.ncsu.edu/readext?816430
— Written By Paul Gonzalez and last updated by Betty Draughon 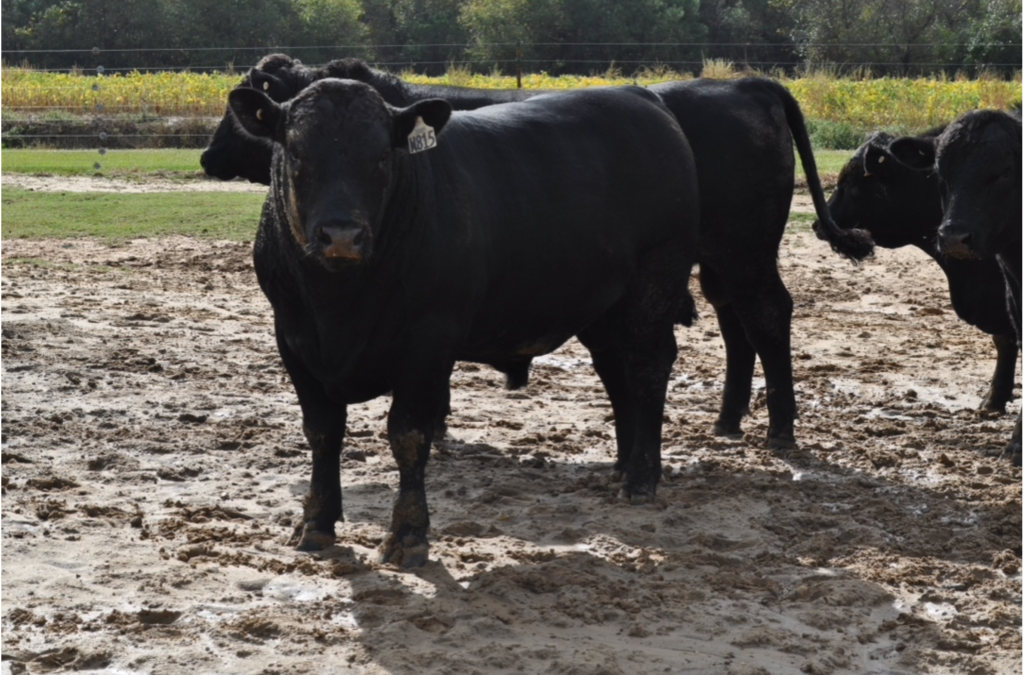 I’m sure when you saw the title for this article you probably wrinkled your forehead and thought, “That man has lost what is left of his mind! First, he likes Salers cattle, then he starts touting the wonders of Bahia grass, and now he thinks we don’t need calving ease”. Well before you totally write me off, all I ask is that you finish the article and give it some thought. Then if you still think I am nuts, so be it!

First of all, I am not saying we don’t need any calving ease at all. I am simply saying that calving ease is probably pushed too far. Case in point, I know a producer who has used calving ease bulls for years. I won’t mention names and I hope he doesn’t mind me using him as an example but it proves my point very well. He buys them for use on heifers and then rolls them over to his cow herd. He then keeps heifers sired by these calving ease bulls and breeds them to calving ease bulls. The cycle is perpetuated year after year and now he has finer boned, thinner muscled calves and his weaning weights are a good 60 to 100 pounds below what they were ten years ago. Perhaps that just means I have failed him as an Extension Agent but none the less, those are the facts.

So, what do I mean when I say we don’t need as much calving ease? First, calving ease doesn’t mean a bull with a minus EPD for birth weight. Theoretically, any EPD below average would be considered calving ease. In my opinion, a producer should purchase bulls that still have some growth potential while minimizing calving difficulties. I don’t know why but pulling calves has become a stigma. It seems as though people are ashamed to say they pulled a calf. Pulling two or three calves a season should be rather commonplace. That just means you are pushing your herd to perform for you. And in truth, a mature cow that can’t have an 80 pound or larger calf really doesn’t need to be around anyway.

When breeding heifers keep in mind that they need to be pushed a little too. Don’t try to make them have hundred pound babies but don’t make it easy with 60 pounders either. Choose bulls that have acceptable growth numbers coupled with a good calving ease direct (CED) EPD. If no CED value is available, stay between 0 and breed average. Ideally, you would AI your heifers to a bull with proven calving ease and growth performance but I know not everyone is willing to take that step. If not, try to use bull like mentioned above. Bulls with some growth and moderate calving ease. As I heard the ABS rep say, “if your bull adds two pounds to your calf’s birth weight, is that really gonna make a difference?”

Also, when buying bulls for use on heifers, consider them a cost of doing business. Don’t roll them over to the cow herd. Unless you get lucky and he proves to be a true curve bender bull you will just be causing problems down the road. I suggest buying good moderately priced bulls and use them two or three years and then move them on. Buy more heifer bulls to replace them. Buy growth bulls for your cows. Spend your money there to buy bulls that will give good replacement heifers but still provide excellent growth potential for their calves. These are the bulls that you should invest in and keep for many seasons, not the heifer bulls.

Finally, don’t go overboard the other way either. You do need for them to be able to have the calves. Using a bull with an extremely large birth weight EPD could pose problematic in some cows. I have one that has a 90 plus pound calf every year when all the others average about 80 pounds. All from the same bull. So, using a bull with a hefty EPD on her might be asking for trouble. Know your cows and know what they can handle. Push them but don’t push them over the edge. You may find your cows are capable of more than you think. And those extra pounds at weaning time will add up when you go to the sale. Still think I have lost my mind? As always, if you would like to debate this topic further or have any other questions, feel free to call me at the office, 910-592-7161.

We also have a few other email lists you can subscribe to.